On 4th September, Suede will release Dog Man Star – 20th Anniversary Live At The Royal Albert Hall Deluxe Edition.
Presented as a 4LP heavyweight vinyl + 2CD set and packaged in a lavish 32 page photo-album style 12″x12″ hardback book, the set chronicles the 2 hour set performed by the band in March 2014 as part of the Teenage Cancer Trust. The set included ‘Dog Man Star’ in its entirety accompanied by a string section, and an exclusive hour-long encore playing B-sides from the ‘Dog Man Star’ era and a selection of their greatest hits.

The set is available to order from the official Suede store here: http://www.myplaydirect.com/suede for £59.99, with the first 200 fans to pre-order via the official store before the 10th June having the opportunity to add their name to an exclusive 12” x 12” print, signed by Brett.
http://www.myplaydirect.com/suedeThe set is also available for pre-order on Amazon:http://amzn.to/1GZpUL5 at £69.99

The package is strictly limited to 2000 copies worldwide. 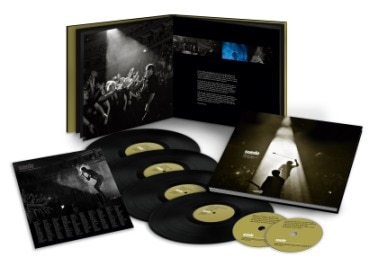