This Saturday 13th is the UK’s first #NationalAlbumDay which is backed by BBC Music and will “celebrate all aspects of the UK’s love of the album”.

A list the ‘most iconic albums artworks of all-time’ has been announced with one artwork to represent each year spanning 7 decades. The 70 chosen artworks includes Suede‘s self-titled debut album for 1993.

You can take a look at ‘Album Artwork Through The Ages’ exhibition which is currently on and Waterloo Station before heading to Manchester Piccadilly and then to Glasgow Central.

Don’t forget to vote for your favourite! https://bit.ly/2OBpCS4 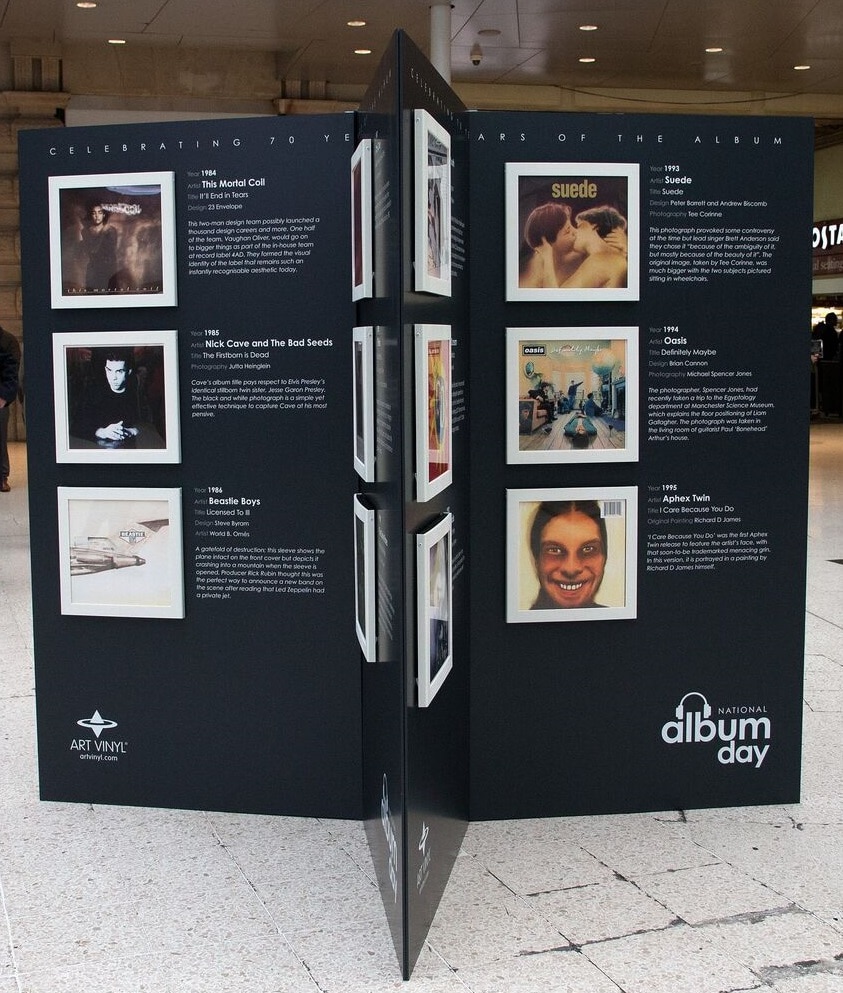