Video Interview with Simon May – Composer of the EastEnders’ Theme

Simon May is a name that may not be instantly familiar to you, but there is a very high chance you will be very familiar with his music. He is a TV theme composer of great regard. Just delve into his discography & you will be presented with a treasure trove of loved compositions. One of his classics has been heard on TV more than twice a week for the last 30 years…‘EastEnders’! And another, the 1980’s smash-hit drama ‘Howards’ Way’, is a truly iconic and instantly recognisable theme.

Both ‘EastEnders’ and ‘Howards’ Way’ celebrate their 30th anniversary in 2015, so to share the celebrations we invited Simon into the Demon office to tell us more about his fascinating life as a composer. In this video interview, Simon tells us how he get the gig, how he created these celebrated classics, and what inspired that evocative EastEnders’ drum beat intro!

To mark the 30th anniversary of the ‘EastEnders’ and ‘Howards’ Way’ themes, we are releasing the Simon May Autobiography Collection ‘Doof Doof’. Titled after the Eastender’s drum intro, this 3CD/50-Track box set features many of Simon’s most famous compositions from the last 40 years.

It goes back to the early-70s and follows Simon May’s career up to the very recent past and includes hits by Cliff Richard, Stephanie De Sykes, Kate Robbins, Marti Webb and Anita Dobson, as well as his own 1976 Top 10 hit ‘Summer Of My Life’, the 2011 Royal Wedding-aligned single by Blake and a debut exclusive of the original demo of the ‘EastEnders’ theme. It also includes the Million-Selling UK No. 1, ‘Every Loser Wins’ by Nick Berry, and perennial favourites such as  ‘Animal Park’ & ‘Holiday’. You can find the full track-listing here.

The package also comes with an accompanying booklet that features a 24,000 word self-penned abridged version of Simon’s forthcoming autobiography. Simon has led something of a charmed life, but unusually is happy to discuss his failures just as much as his successes, as he sees the value of learning from mistakes. Doof Doof is full of valuable advice to aspiring musicians and composers starting on their own careers.

Released on 28th August and available now for pre-order from Amazon & iTunes: 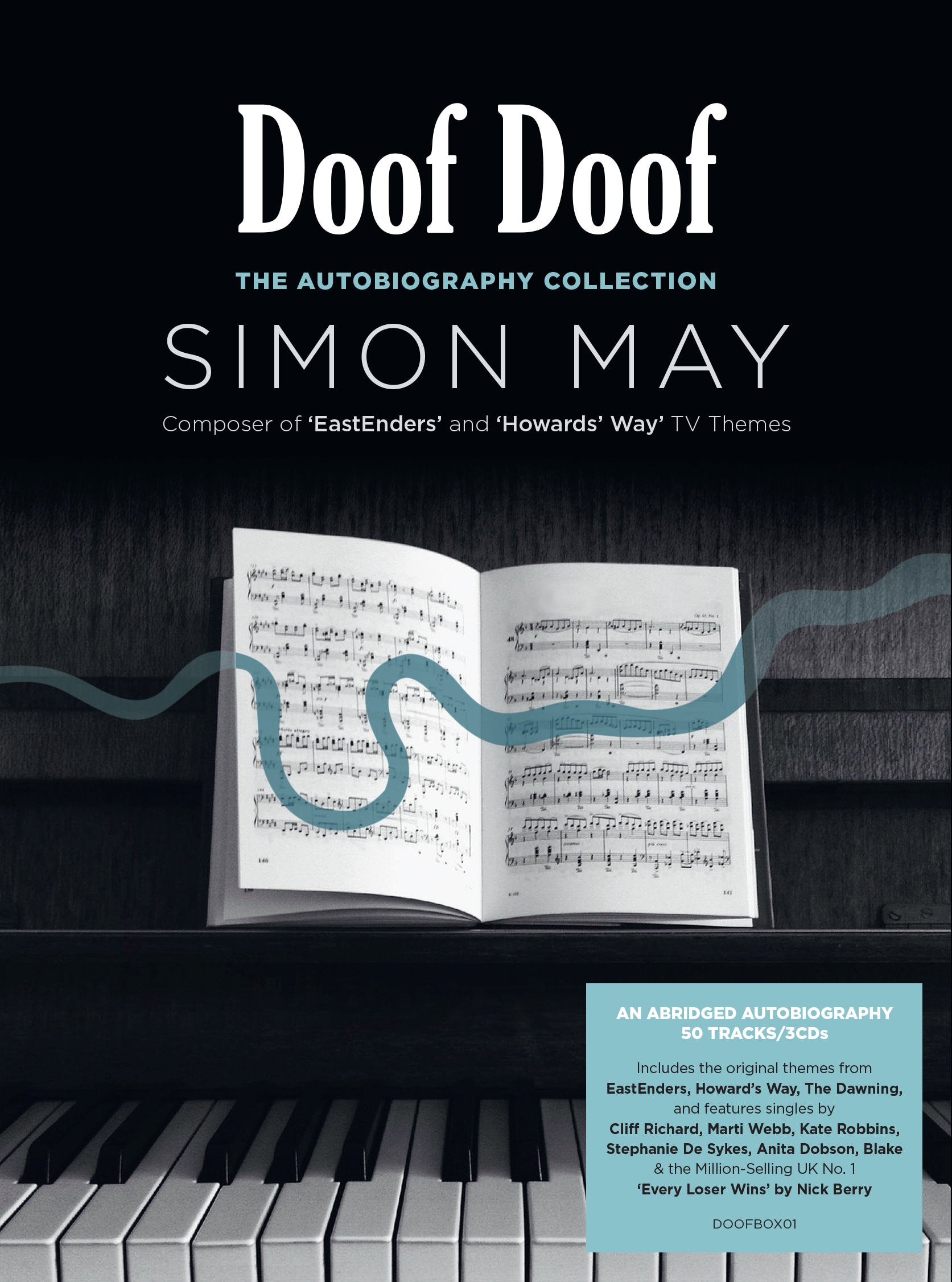