To mark the 20th Anniversary of Suede’s ‘Coming Up’, we’re excited to be reissuing this classic album as a 4CD+DVD set.

The DVD features nine contemporary TV performances, and an hour-long film of the band and producer Ed Buller discussing the writing and recording of the album, all issued for the first time.

If that wasn’t enough, also included is a new note by Brett Anderson about the creation of the cover image, along with the lyrics, hand-written lyric drafts, tape boxes, and photos from the band’s collections. 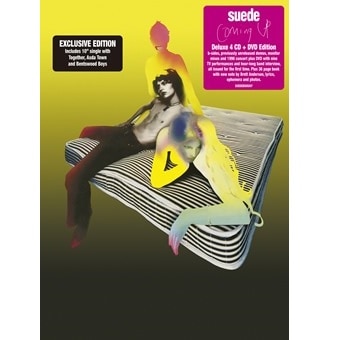