Hi all. Sorry we’ve gone quiet on details of the PWL – The Hit Factory SAW box set but we have an update.

Here at Demon Music we love to hear from you and we take your views, ideas and suggestions very seriously. We had an overwhelming response to the 31st disc only being available from the Official Store. You spoke and we listened so we are pleased to announced that the 31st disc will now also be available from other retailers so if you’ve pre-ordered from Amazon or HMV, you will receive the bonus disc. However, in pulling some strings we’ve had to move the release date back so it will now be released on the 4th December but we hope that the inclusion of the bonus disc will make up for this delay.

If you have pre-ordered from the Official Store, you will still receive some exclusivity in the form of a 20×30 poster which has been created especially for the release and is unavailable elsewhere. 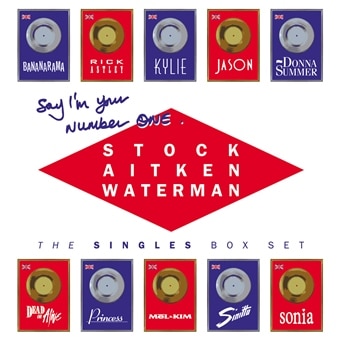