This deluxe edition of British psychedelic group The End’s classic album “Introspection”, pairs it with “Retrospection”, an LP of outtakes from the album sessions (issued briefly on vinyl in the mid-90s).

Pressed on heavyweight 2LP transparent vinyl, and featuring a gatefold sleeve including artwork by legendary designer Phil Smee, including photos and ephemera, and a note by founder member Colin Giffin. In 1965 The End arose from the glowing embers of the earlier Tuxedos, Innocents and Original Topics, and like many of their contemporaries evolved into a psychedelic group. Subsequently they re-invented themselves as blues rock outfit Tucky Buzzard in late 1969.

Along the way, they won the support and patronage of the Rolling Stones’ Bill Wyman, who in 1968 produced their sole album for Decca, “Introspection”, the first LP in this set. Wyman also co-wrote their signature tune, the psychedelic classic “Shades Of Orange”, although the band wrote all the rest of their material.

LP2: RETROSPECTION
Side A
1. Loving, Sacred Loving [February 1968 mix]
2. Building Up A Dream
3. Little Annie
4. Morning Dew
5. Tears Will Be The Only Answer
6. Today Tomorrow
7. Lady Under The Lamp 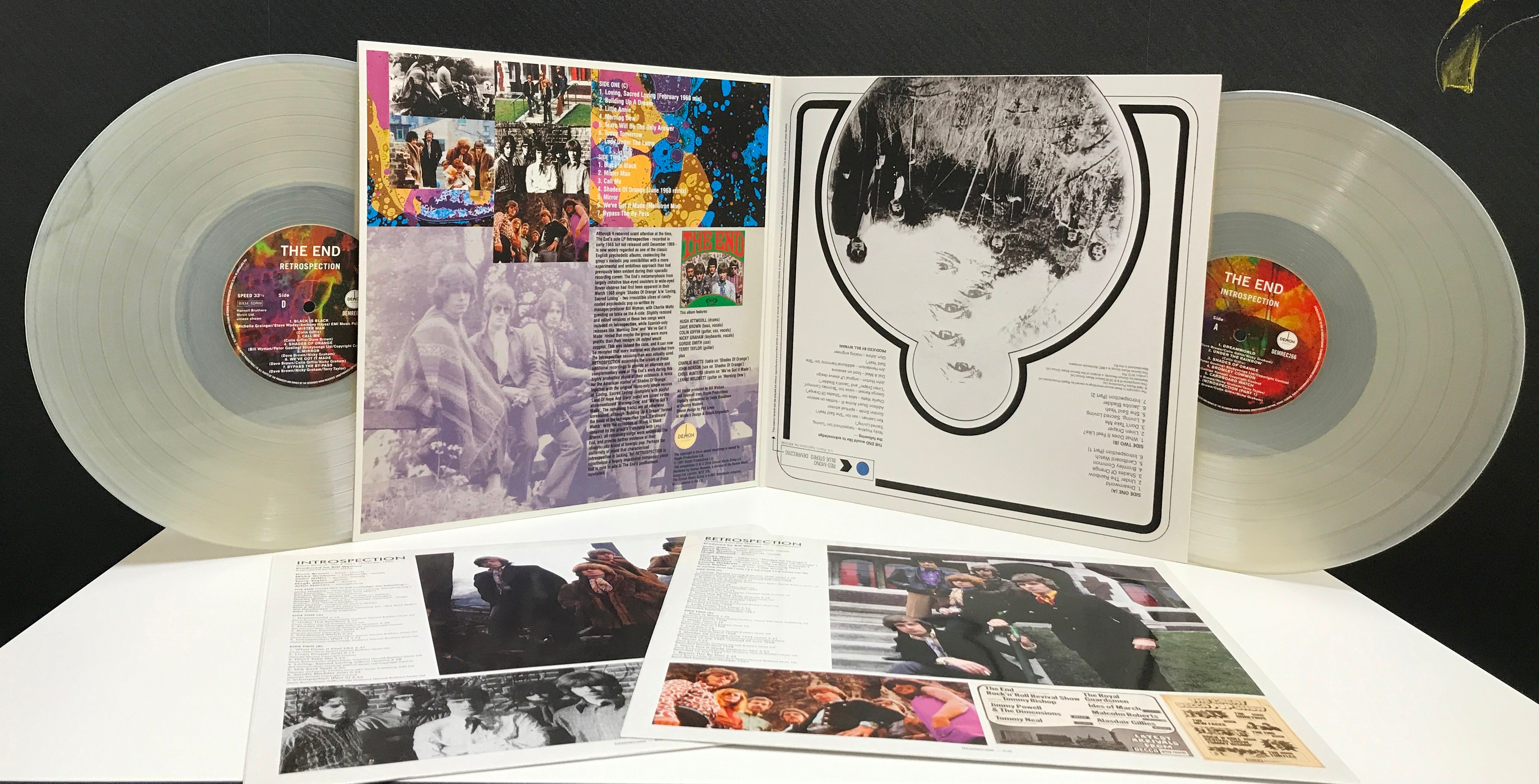