Released in 1973, Heaven And Earth And The Stars was the 7th studio album released by Lulu.
The album is famous for 2 David Bowie covers; ‘The Man Who Sold The World’ and ‘Watch That Man’, both produced by Bowie himself and featured as guest vocalist and instrumentalist. The album also contains Lulu’s theme song for the James Bond film ‘The Man With The Golden Gun’.

This exclusive Record Store Day version sees new artwork for the cover, coloured vinyl, and includes a limited numbered 7” single. With the 2 Bowie songs on the single, this is highly collectable for both Lulu and Bowie fans alike. 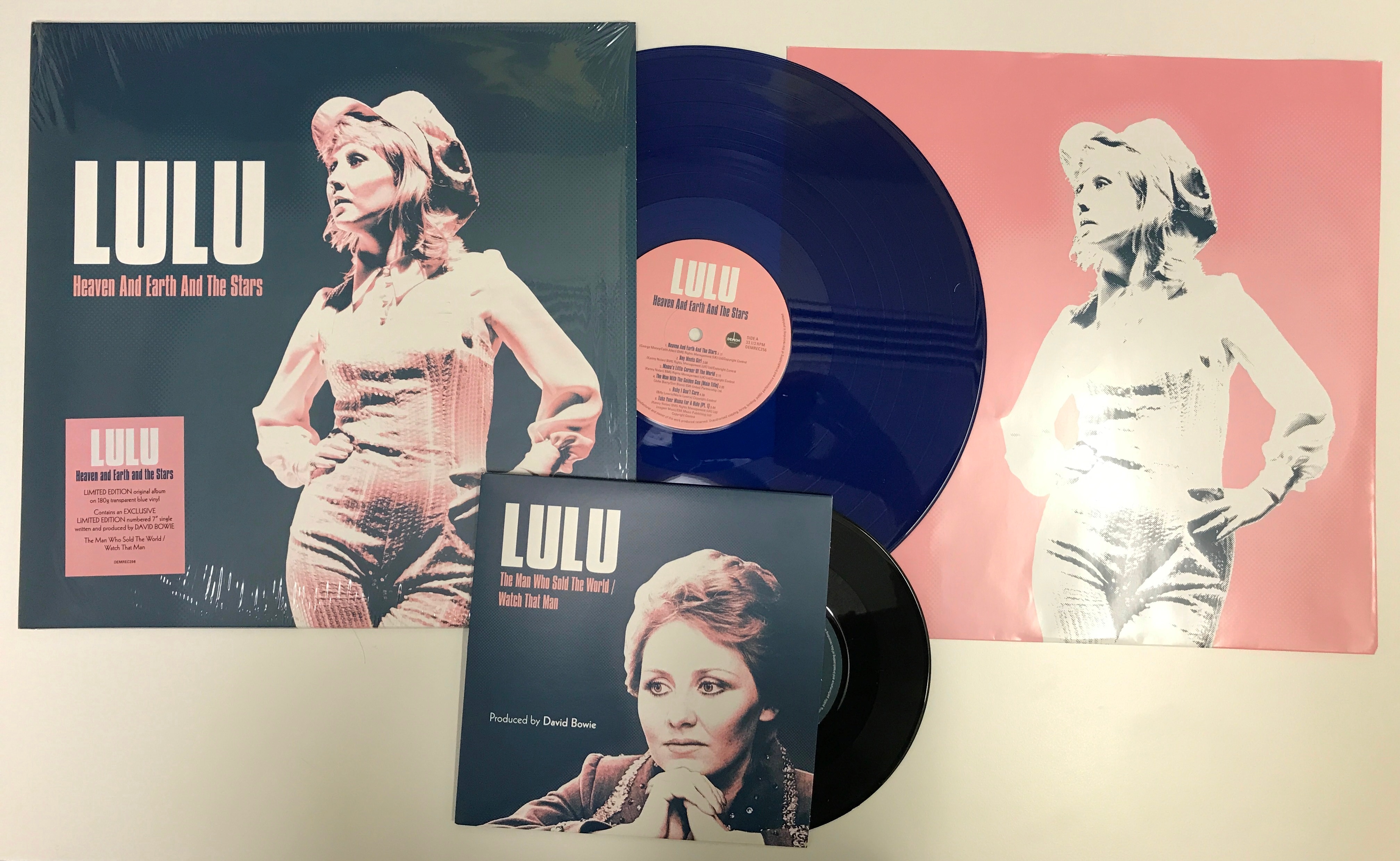