NEW YORK, N.Y. (March 21, 2016) – The multi-platinum rock group The Go-Go’s will embark on their farewell tour this summer to commemorate a groundbreaking thirty-eight years in the music industry. Kicking off August 2nd in Clearwater, FL the month-long trek will hit major cities including New York, Boston, Philadelphia, and Washington, D.C. before wrapping in Los Angeles at the Greek Theatre on August 30th. The tour will feature members Charlotte Caffey, Belinda Carlisle, Gina Schock and Jane Wiedlin performing their timeless catalog. L.A. based rock duo Best Coast will appear as special guests on most dates and rising star Kaya Stewart will open all shows. General tickets for the tour go on sale starting this week. Details on VIP meet and greet packages will be available soon.

“After a 38 year run, we are gearing up for one last blast of a summer tour,” says the band about the farewell trek. “We feel so lucky and so grateful to have had the incredible support of our fans for so long. We can’t wait to get out on the road and give the people what they want: some loud fast music and a great party!”

The legendary rock group made history as the first, and to date only, all-female band that both wrote their own songs and played their own instruments to ever top the Billboard charts. The Go-Go’s rose to fame during the early 1980s after the release of their debut album, Beauty and the Beat, which was #1 on the Billboard charts for six consecutive weeks, selling three million copies, and making it one of the most successful debut albums of all time. In 1982, The Go-Go’s were nominated for a Grammy Award for “Best New Artist” and the group also released their sophomore album, Vacation, that same year, which was certified Gold in the US and spawned another top 10 US hit with the title track. In 2011, the trailblazing band was honored with a Star on the world-famous Hollywood Walk of Fame. 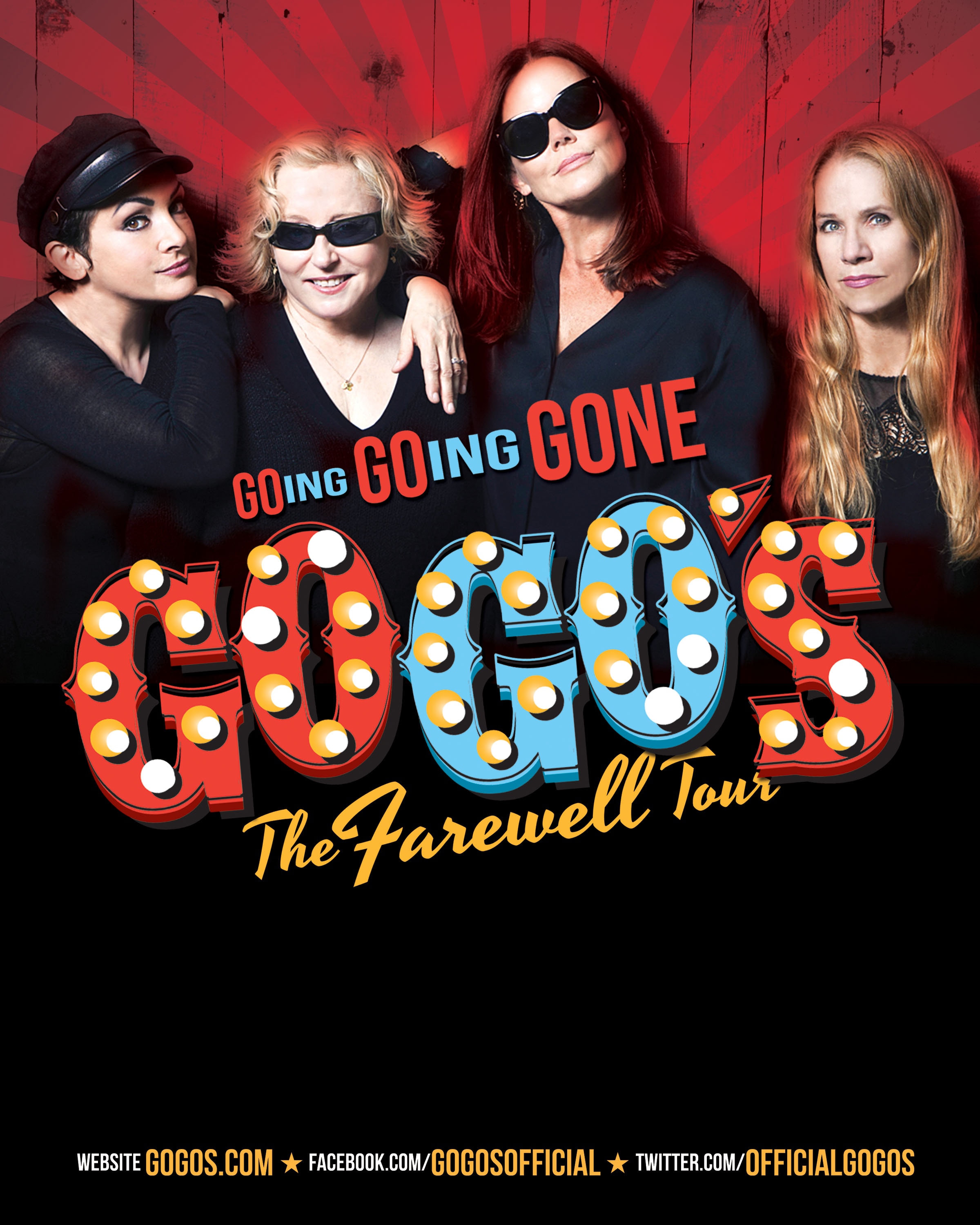