We’re loving all things 90s here at Edsel so we’re excited to release the 1994 & 1996 televison series & album Crocodile Shoes. The series was written by and starred Jimmy Nail as a factory worker who becomes a country and western singer. The show’s theme tune “Crocodile Shoes” became a chart hit and the album peaked at number 2 in the UK Albums Chart. Both Crocodile Shoes and Crocodile Shoes II will be released on the 2nd October and are available to order now. Each set contains a CD and 2 x DVDs. 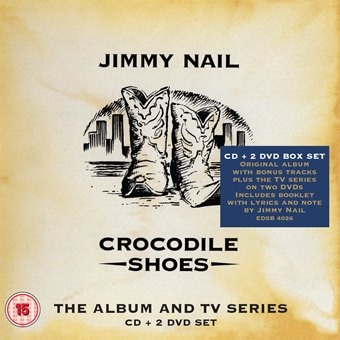