Countdown to #RSD16 – Doctor Who

GENESIS OF THE DALEKS
Demon Records are proud to present the 2016 Vinyl Reissue of Doctor Who: Genesis Of The Daleks on 180g
heavy weight 70s Tardis Blue coloured vinyl. This was one of the first true Doctor Who Audio adventures, a
condensed soundtrack version of the TV episode with Tom Baker (Doctor Who) brought in specially to do
the bridging narration.

Listen as Doctor Who travels to the desolate planet Skaro where he has been brought by the Time Lord
to avert the creation of the Daleks
• Doctor Who is the UK’s leading family drama, with over 8 million viewers per episode.
• The Daleks are one of the most iconic monsters, who have transcended Doctor Who into popular culture and even into the dictionary.
• This highly collectable reissue of one the most dramatic episodes in the show’s history has been recreated with the
original BBC Records artwork and accompanying sleeve notes. 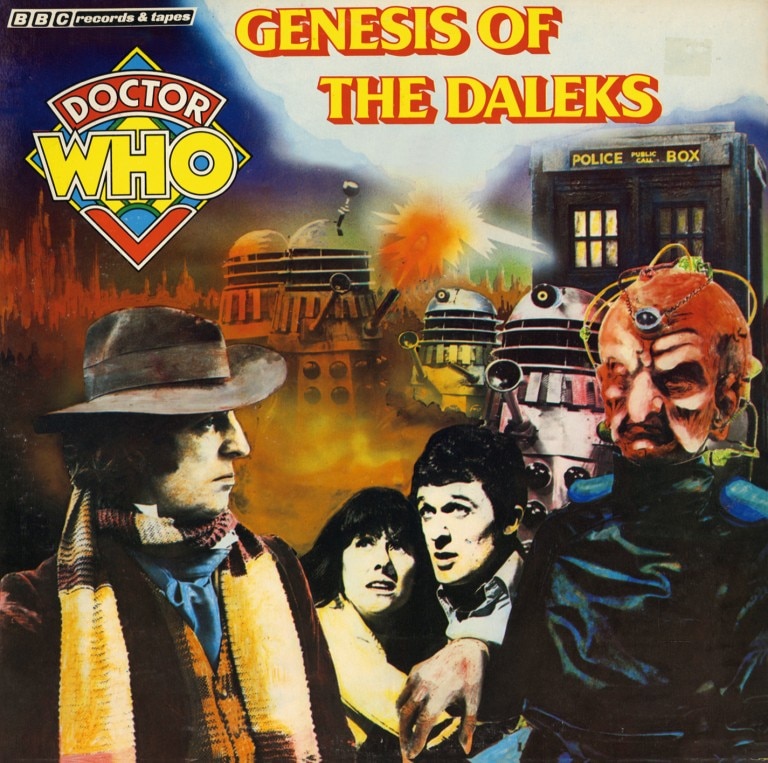