Housed in a hard slipcase, the ten 7″ singles are ‘dinked’ as juke-box singles and the box includes a ‘spider’ centre for play.
Check out our trailer here:
https://www.youtube.com/watch?v=HCbrnY2gjes

Punk shook the music industry to its foundations in the mid to late seventies, rejecting the excesses of mainstream rock and introducing energy, passion, and a DIY ethic. Often political and anti-establishment as well as aggressive and rebellious, Punk was a youth culture which re-invigorated music.

The ten specially selected double AA side 7” singles in this box present twenty of the most varied and exciting tracks spanning those crucial few years. It’s nearly forty years since many of these tracks appeared on vinyl so it is inevitably very difficult to find mint copies.

1A The Damned – New Rose
1AA The Mekons – Where Were You

3A The Only Ones – Another Girl, Another Planet
3AA Jonathan Richman – Roadrunner

Limited to just 1000 copies in the UK & Eire only. Please visit the RSD website to find participating stores near you.
Record Store Day UK 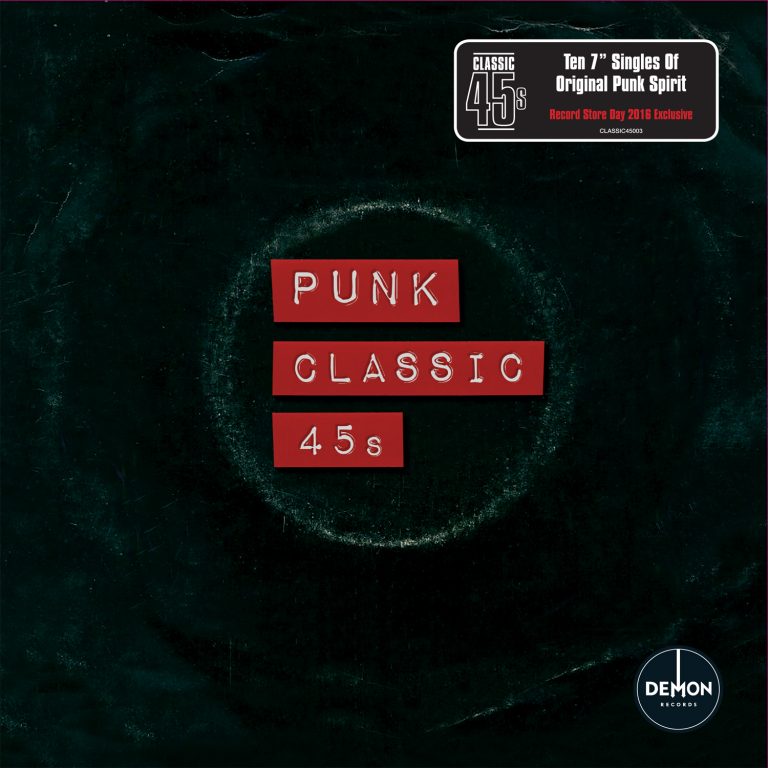