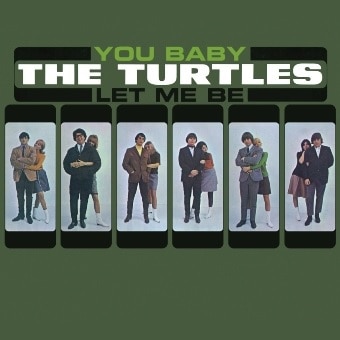 The Turtles’ second long player, You Baby (issued in April 1966), showed the band shifting from serious folk-rockers to a good time band with a sense of humour. Headlined by their third hit single, “You Baby” and a reprise of their second, “Let Me Be”, both songs were composed by the powerhouse West Coast songwriting team of P.F. Sloan and Steve Barri.

With a booklet note by Andrew Sandoval, this 2 CD digipak edition (exclusive to the UK) has been newly re-mastered in both mono and stereo by Bill Inglot.