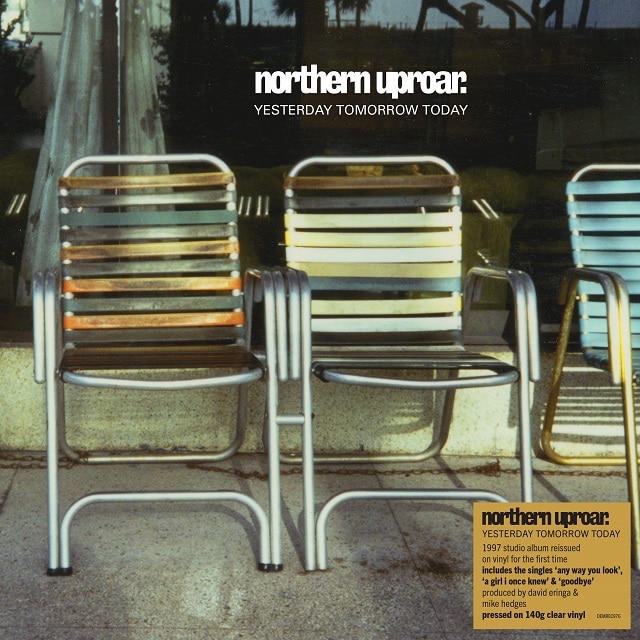 Formed in Stockport in 1995, Northern Uproar were receiving critical acclaim from NME and Melody Maker even before signing their first recording contract.

The group were fronted by vocalist / bassist Leon Maya and known for their blend of Oasis-like cockiness and the punk sensibilities of the Manic Street Preachers. Released on Heavenly in 1997, ‘Yesterday Tomorrow Today’ was the band’s second and final album during their initial years together and includes the singles ‘Any Way You Look’, ‘A Girl I Once Knew’ and ‘Goodbye’.

Long out of print, Demon Records is proud to present the first vinyl reissue of ‘Yesterday Tomorrow Today’, pressed on 140g clear vinyl.