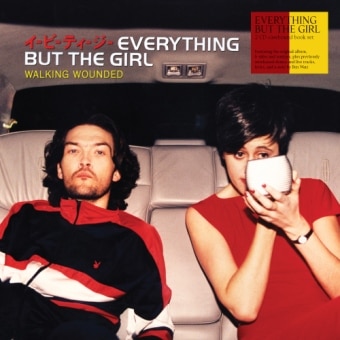 Following the huge success of Edsel’s 2 CD casebound book editions of the seven albums that Everything But The Girl recorded for Blanco y Negro and Warners, we now complete the set with their last two albums, recorded for the Virgin label.

Eighth album “Walking Wounded”, issued in 1996, was produced by Ben Watt and features the Top 10 singles “Walking Wounded” and “Wrong”, as well as “Single” and “Before Today”. Ben has personally selected eleven remixes for CD 2, including an unreleased Nellee Hooper remix of “Before Today”. Also featured is non-album single “Corcovado”, three previously unreleased live performances from Tokyo in 1997, and four previously unreleased demos from Ben’s own archive.

The book features a candid note by Ben and Tracey along with the lyrics, as well as memorabilia, previously unseen photos and ephemera from their own collection.