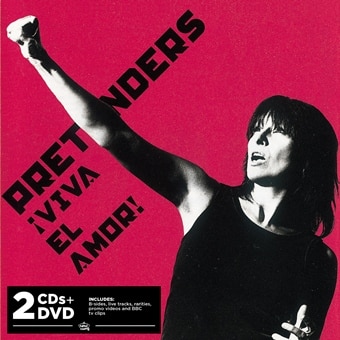 Eighth album “Viva El Amor!” was issued in May 1999 and was produced by Stephen Street and by Stephen Hague. It features the hits “Human” and “Popstar”.

The ten bonus tracks include b-sides and different mixes, three songs recorded for soundtracks not previously compiled, and a one-off collaboration with Bernard Butler. The DVD features two promo videos, along with five BBC TV appearances from Later and Songwriters’ Circle. The booklet in this digipak edition features all the lyrics, the singles sleeves and photos.