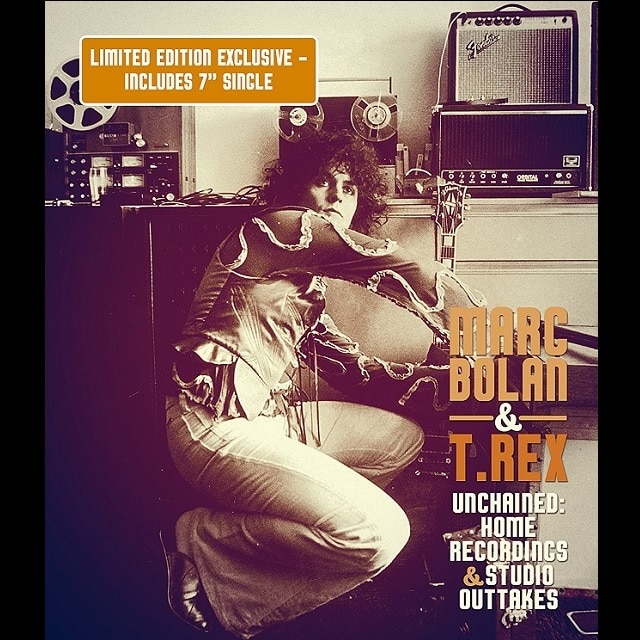 Between 1994 and 1996, Edsel released eight full-length CDs of Marc Bolan’s previously unreleased home
demos, alternate takes, unused and abandoned songs, and unfinished recordings. These CDs were deleted
in 2001. In late 2010, all eight discs were reissued in one deluxe casebound book package – but the majority of the print run was consumed in the Sony DADC warehouse fire of 2011.

Since then, copies of the rare original individual releases and the 2010 book set have changed hands for foolish
amounts of money, and sellers on Ebay offer to pirate the entire set!

Edsel is now proud to announce the re-issue of the 8 CDs in a limited edition 12” x 12” bound book set, with
completely new artwork, including rarely seen photos. Mark Paytress, Mojo writer and author of the acknowledged definitive Bolan biography “Bolan: The Rise and Fall of a 20th Century Superstar”, has revised his original annotation for this new 2015 package.