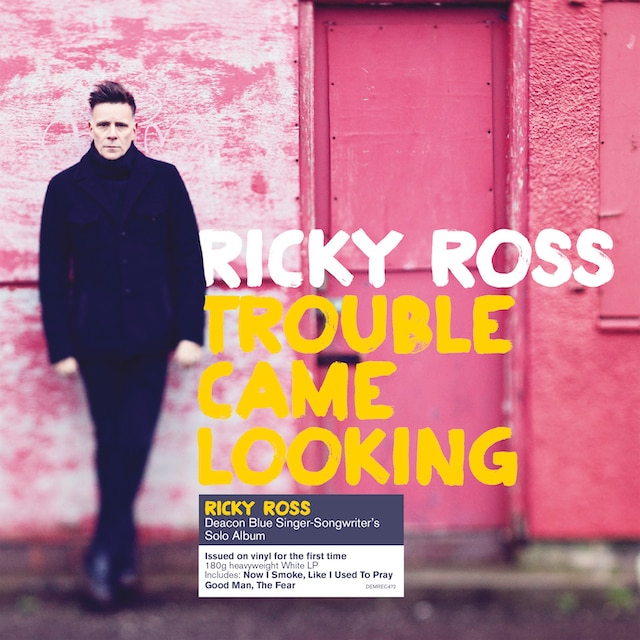 Ricky Ross formed Deacon Blue in Glasgow in 1985, they went on to become one of Scotland’s most famous and successful bands. From debut album ‘Raintown’ and follow-up, the chart-topping ‘When The World Knows Your Name’, through to 2016’s ‘The Believers’, Deacon Blue are one of the most respected and best loved bands of their generation. During the band’s down time Ricky has released seven solo albums, including ‘Trouble Came Looking’ in April 2013.

Ricky began writing ‘Trouble Came Looking’ as the wheels started to fall off the economy in 2008. Set against a backdrop of global economic recession, the record’s raw, acoustic tales of poverty, displacement and desperation heralded Ross’s starkest and most urgent work to date. But its tales are imbued with the warmth and resilience of human nature. At the time of release, he said of ‘Trouble Came Looking’: “I wanted to tell these people’s stories, to lay them down, without anything getting in the way. The songs are rough round the edges, they’re barely written. I’ve never done that before.”

As the review in The Scotsman said: “The sentiments are bare too, with Ross tackling his subject matter head-on in Woody Guthriesque storytelling mode. As the title suggests, ‘Trouble Came Looking’ has the blues, the 21st-century austerity blues to be precise”.

This acclaimed album is issued on vinyl for the first time, on 180 gram white vinyl.