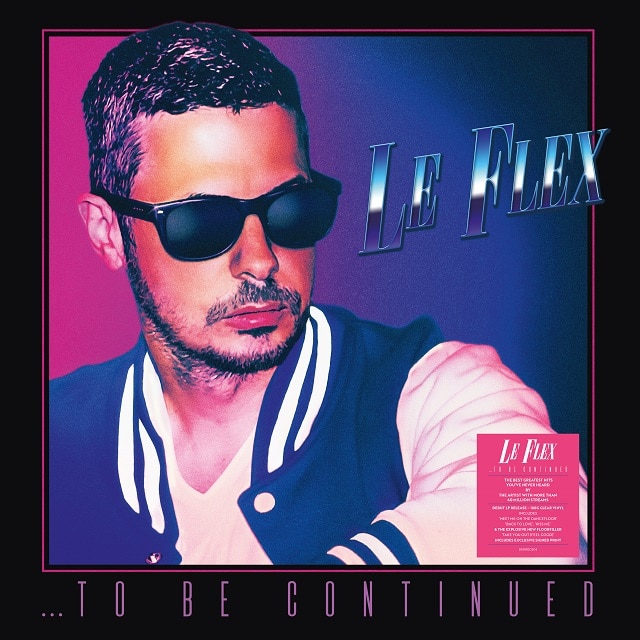 SIGNED LIMITED EDITION: With more than 60 MILLION STREAMS across his catalogue listened to by fans all around the world, ‘…TO BE CONTINUED’ is the best ‘greatest hits’ album that you’ve never heard!

This 12-track Limited Edition Vinyl LP collection, with a brand new floorfiller, features his most popular tracks and fans’ favourites, and as this is his first Physical release album to celebrate, LE FLEX has signed this Limited Edition. Although LE FLEX clearly states that “I just make Pop music”, his 6 EPs and 6 Studio albums are nothing short of serious and brilliantly creative blends of nudisco, poolside vibes and slow-jams but retaining the essence of his familiar ‘80s synthpop/dance-based infusions.

The accompanying videos are purely tongue-in-cheek, with more than a smattering of self-deprecation, as you will see on his dedicated YouTube channel. Judging by the comments from long-established fans and music lovers from around the world, discovering LE FLEX for the first time, they are quick to state that his vocal inflections share more than a passing resemblance to George Michael, an icon about whom LE FLEX modestly says, “I’m not fit to shine his shoes”.

LE FLEX is a renowned Producer with his popularity rising, having worked with Jaki Graham, Lemar and Ben Macklin and was commissioned to produce new Donna Summer remixes in 2020.

Released on heavyweight 180g Clear Vinyl, if you fancy summery escapism, there aren’t many better ways than doing so than with LE FLEX!