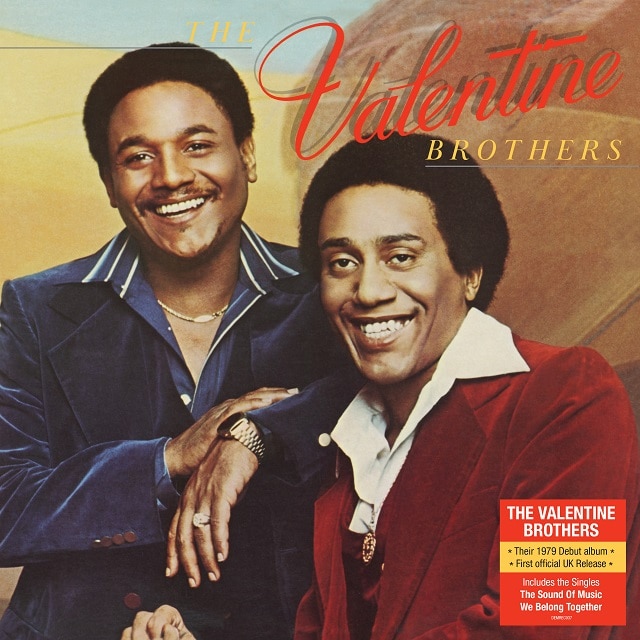 Best known for their self-penned 1982 recording ‘Moneys Too Tight To Mention’, which was ranked at No. 6 among in the Top Ten “Tracks of the Year” by NME and which was later famously covered by Simply Red,

“The Valentine Brothers” eponymous debut album was recorded for US label Source Records, owned and run by Logan H. Westbrooks and includes the two singles ‘The Sound Of Music’ and ‘We Belong Together’.

Billy Valentine performed as a singer with Young-Holt Unlimited in the mid-1970s, whilst both brothers performed a three-year stint as part of the touring company of The Wiz

Another one of those hidden Soul gems, Demon Records is proud to announce this first reissue of “The Valentine Brothers”, since the album’s original 1979 release.