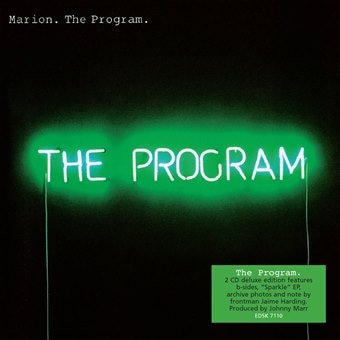 Following the completion of the gruelling yet highly successful eighteen-month ‘This World And Body’ World Tour, Marion started work on their second album. Their manager enlisted the help of Johnny Marr, originally to give his opinion on the material.

But by the end of one day’s session, Johnny Marr had already become like a sixth member of Marion, and agreed to co-write and produce ‘The Program’.

This 2 CD deluxe edition features the album, b-sides, and the “Sparkle” EP (issued outside Japan for the first time) plus a previously unreleased track, along with the lyrics and photos from the band’s archive and a booklet note by frontman Jaime Harding.