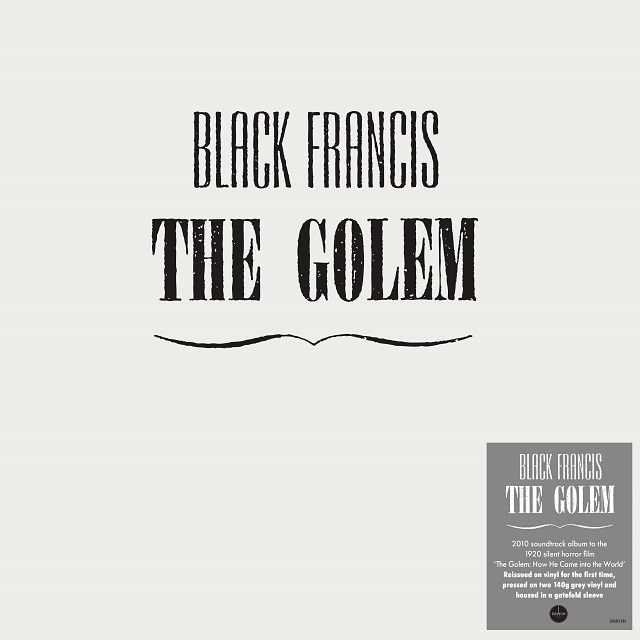 The Golem is a soundtrack album written and performed by Black Francis for the San Francisco International Film Festival screening of the 1920 silent horror film ‘The Golem: How He Came Into The World’.

“Film fest wants a soundtrack to be performed at a screening… I don’t know how to do that exactly, but the idea that me and some buddies hang out at a studio and make a record I understand. So that’s what we do.” – Black Francis.

This vinyl reissue features the “rock songs” version of the album across two 140g grey vinyl, housed in a gatefold sleeve with printed inners.