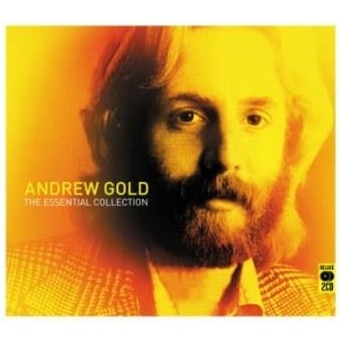 This Andrew Maurice Gold was born in Burbank, California and began writing songs at the age of 13. By the early 1970s he was working as a musician, songwriter and record producer for many musicians. In 1975, Gold began his own career recording as a solo artist, releasing four studio albums in the 1970s and many more since then. The hit single “Lonely Boy” reached #7 on the Billboard Hot 100 chart, as well as #11 in the UK chart, in 1977 and has, subsequently, appeared in many film soundtracks, including Boogie Nights & Water Boy. In 1983 Gold formed the band Wax with ex 10cc band member Graham Gouldman. Wax spent the next five years recording and touring experiencing global success that culminated in several top ten hits including ‘Right Between The Eyes’ and their biggest hit ‘Bridge To Your Heart’ which charted at #12 in the UK in 1987. In 2011 the sad news broke that Gold had died in his sleep at the age of 59 in Los Angeles. A great talent who will be sorely missed.

This 2 CD collection features tracks from Gold’s illustrious solo career as well as this from his time with Wax.