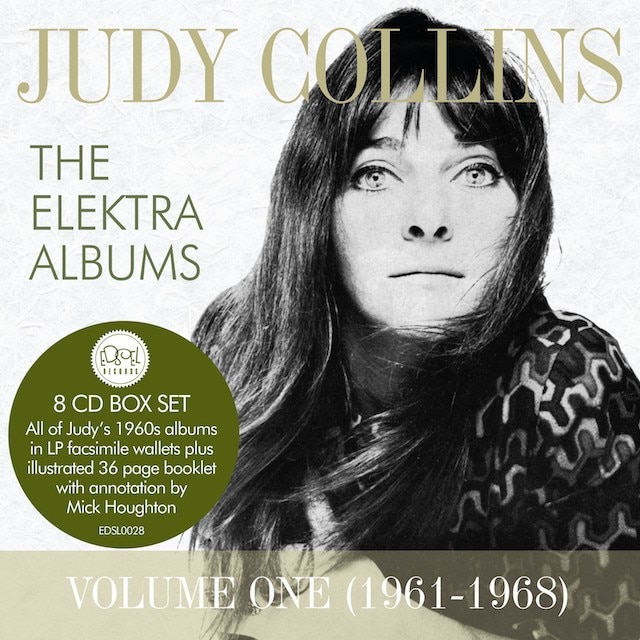 This collection gathers together the eight albums Judy Collins recorded during the sixties. They were all made for Jac Holzman’s farsighted Elektra Records, a label she helped to shape in her first decade as a recording artist through her adventurous spirit. Her forte was imaginatively interpreting songs by her peers and, later with her own songwriting which first graced her seventh album Wildflowers in 1967. That album also gave her a first major hit single in ‘Both Sides Now’, reaching No. 8 in the Billboard charts, which helped launch the career of Joni Mitchell, who had no contract at the time.

Judy had by then established herself as an impeccable interpreter of the outstanding new songs by a welter of songwriters springing up in the early sixties, covering songs by Phil Ochs, Eric Anderson, Gordon Lightfoot, Tom Paxton, Randy Newman, Jacques Brel, Donovan, Sandy Denny and Bob Dylan. Most significantly among the artists whose careers she helped develop, her 1966 album In My Life is now celebrated as the first record to feature songs by Leonard Cohen.

The artwork has been put together by acknowledged Elektra collector Phil Smee. The albums are in CD-sized facsimiles of the original sleeves, along with a booklet that compiles the credits and liner notes from those sleeves plus a note by Mick Houghton, author of “Becoming Elektra: The True Story of Jac Holzman’s Visionary Record Label”. 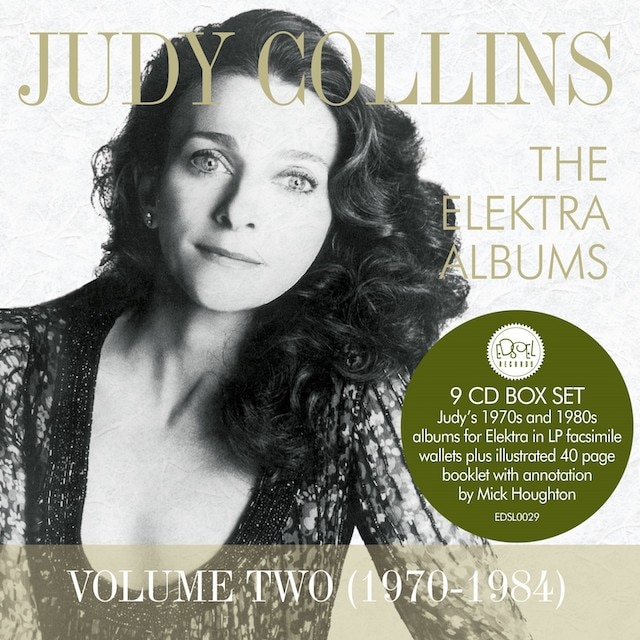