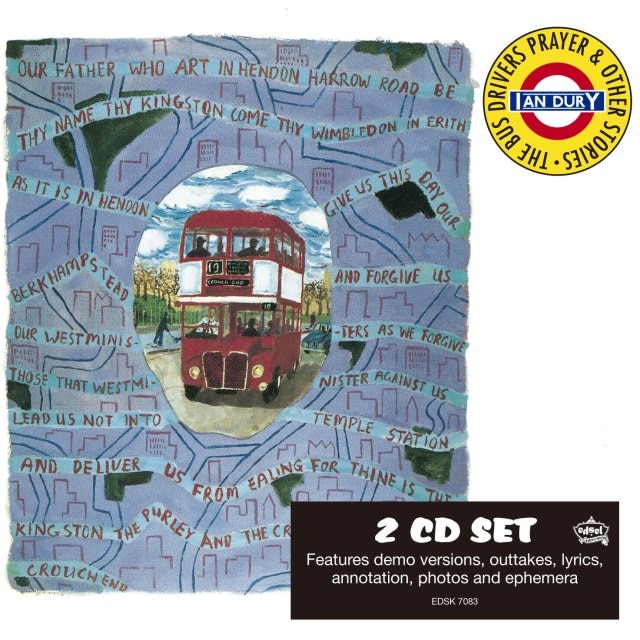 Dury’s often-overlooked gem, “The Bus Driver’s Prayer” was originally issued on the Demon label in 1992. A return to form after the albums without The Blockheads, these fourteen songs saw Ian reunited with Mickey Gallagher, Chaz Jankel, Davey Payne and John Turnbull, along with new collaborator, guitarist Merlin Rhys-Jones. Stand-out tracks are “Poor Joey” and “Poo-Poo In The Prawn”. The recordings on the Bonus Disc remained unissued until 2004, and are made up of outtakes from the sessions for the album. With some classic Dury/Jankel and Dury/Gallagher songs on offer, virtually every track is the equal of those included on the album. This 2 CD casebound book edition features full annotation by Will Birch, all the lyrics, and photos.