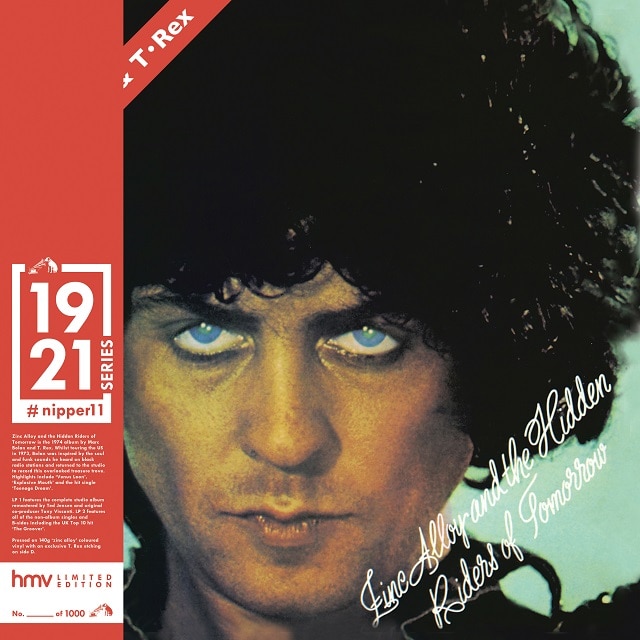 Zinc Alloy and the Hidden Riders of Tomorrow is the 1974 album by Marc Bolan and T. Rex.

Whilst touring the US in 1973, Bolan was inspired by the soul and funk sounds he heard on black radio stations and returned to the studio to record this overlooked treasure trove. Highlights include ‘Venus Loon’, ‘Explosive Mouth’ and the hit single ‘Teenage Dream’.
LP 1 features the complete studio album remastered by Ted Jensen and original co-producer Tony Visconti. LP 2 features all of the non-album singles and B-sides including the UK Top 10 hit ‘The Groover’.

Pressed on 140g ‘zinc alloy’ coloured vinyl with an exclusive T. Rex etching on side D.