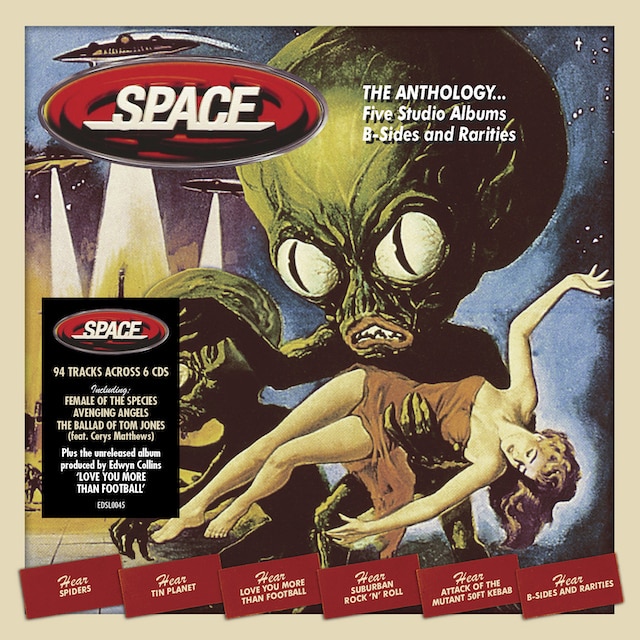 Space are the British band of the 1990s, who had several UK chart hits and two double platinum albums, all contained in this 6CD box set. The previously unreleased album ‘Love You More Than Football’ Is included alongside album b-sides and rarities.

Box set features 94 tracks, across 6CDs, presented in a clamshell box set with a 15 page booklet with note. Hit singles include; Avenging Angels (UK 6), Female of the Species (UK 14), Me and You Versus the World (UK 9), Neighbourhood (UK 11), The Ballad of Tom Jones feat Cerys Matthews (UK 4) and Dark Clouds (UK 14).