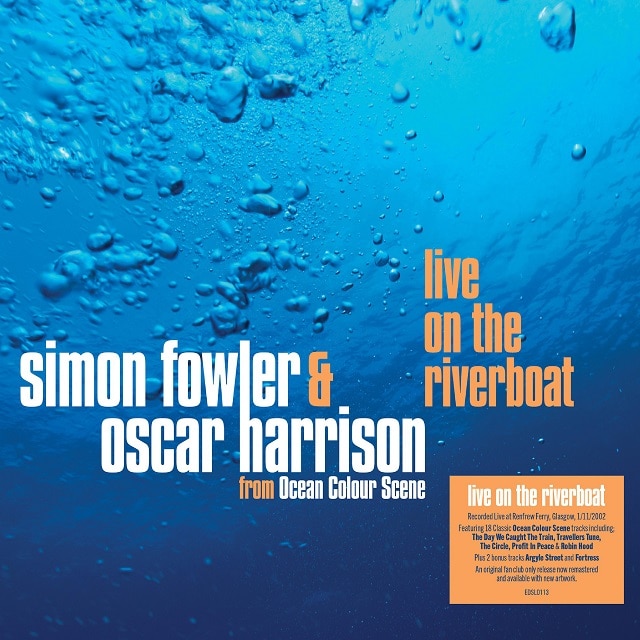 Ocean Colour Scene have always been at their best live, arguably they are one of those few great live bands whose recordings live sound better than their studio recordings.

In 2002 Ocean Colour Scene members Simon Fowler & Oscar Harrison recorded a live gig afloat on the River Clyde, Glasgow. With Oscar on drums and piano, and Simon on guitar, vocals and harmonica, the two deliver a stunning performance for the rapturous Renfrew Ferry crowd.

The gig presents the listener with a mixture of B-sides (Robin Hood, Mariners Way), album tracks (It’s My Shadow, Foxy’s Folk-Faced) old classics (The Day We Caught The Train, Traveller’s Tune, Profit in Peace) and new tracks from their (at the time) forthcoming new album North Atlantic Drift.

Originally released as a limited edition gel-pack CD to OCS fan-club members only. The release has become highly sought-after by fans searching for this time capsule. Now remastered with new artwork and complete with two bonus tracks Argyle Street & The Fortress.

Every fan should own a copy, as you won’t find these songs sounding like this anywhere else.