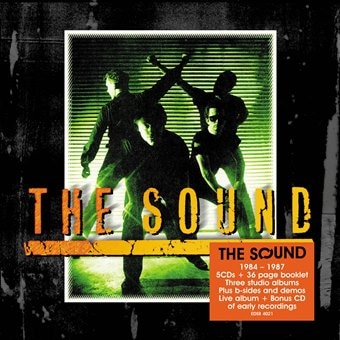 This 5CD Box Set represents the second half of the story of The Sound. Following their legendary albums for the Korova label, The Sound signed for Statik Records, releasing the mini-album ‘Shock Of Daylight’, the full length album ‘Heads And Hearts’ and the double LP live ‘In the Hothouse’ recorded at London’s Marquee.

One further album for The Sound was released by Play It Again Sam before the band called it a day. All those recordings are included here with bonus B-Sides, rare unheard demons and an unreleased track. Also included is the added bonus disc – ‘Propaganda’, the collection of recordings made at Adrian Borland’s parents’ house before the band signed for Korova.