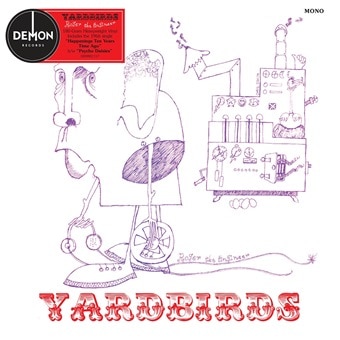 The English blues rock band The Yardbirds released their album Roger the Engineer in 1966. It was the only Yardbirds album with all original material. Although the record was officially titled Yardbirds it has since its release been referred to as Roger the Engineer, a title stemming from the cover drawing of the record’s audio engineer Roger Cameron by band member Chris Dreja. Due to the influence of Jeff Beck’s experimentation with guitar distortion, the album is considered a precursor to heavy metal.

This 2016 LP reissue features the bonus non-album single Happenings Ten Years Time Ago b/w Psycho Daisies at the end of Side B.