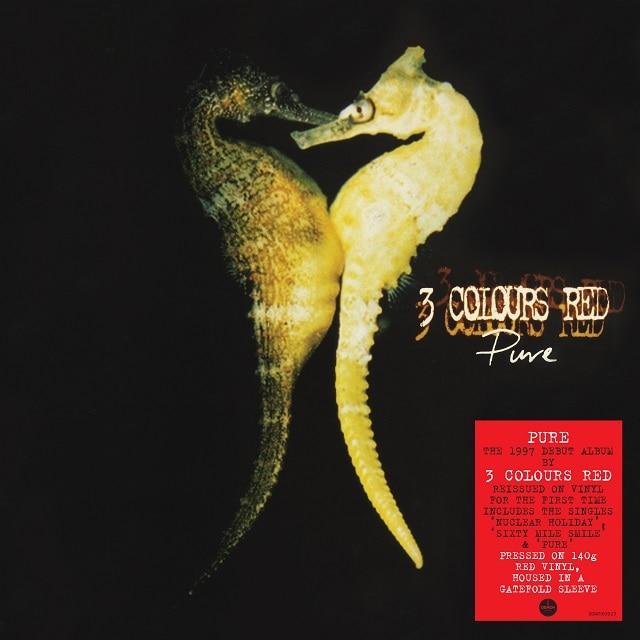 Alan McGee regarded them as “the best band in Britain” (after Oasis) and signed them to his legendary Creation Records. The band released their debut album ‘Pure’ in 1997 which includes the singles ‘Sixty Mile Smile’, ‘Nuclear Holiday’ and the title track ‘Pure’.

Long out of print, Demon Records is proud to present the first vinyl reissue of ‘Pure’, pressed on 140g red vinyl and housed in a gatefold sleeve.