Present The Battle Of The Bands

Present The Battle Of The Bands 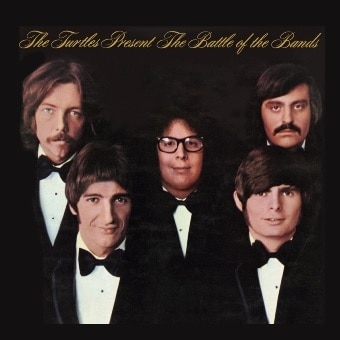 Produced by the Monkees’ producer Chip Douglas, ‘The Battle Of The Bands’ (1968) features “Elenore” and saw the band assume a different musical persona for each track (or band, to use the American term – the original sleeve features photos of the different bands). The album also features Turtles’ hit cover of the Roger McGuinn/Gene Clark song “You Showed Me”, sampled by U2 and De La Soul, and sampled and covered by the Lightning Seeds in 1997. “I’m Chief Kamanawanalea (We’re The Royal Macadamia Nuts)” has been sampled over sixty times.

The bonus CD features the three contemporary non-album singles (and their b-sides) along with album outtakes and alternate takes. With a booklet note by Andrew Sandoval, this 2 CD digipak edition (exclusive to the UK) has been newly re-mastered by Bill Inglot.