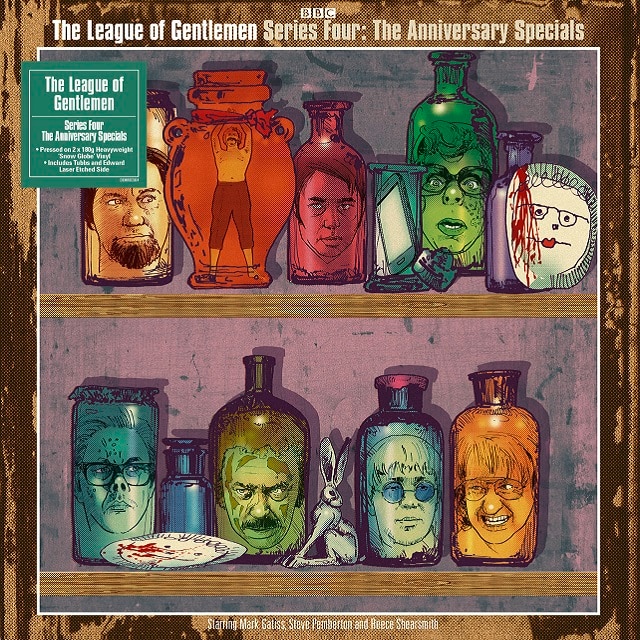 Following on from the success of Demon Records’ sold out ‘Special Stuff’ box set, we present the three anniversary specials from 2017, pressed on 3 sides of 180g “Snowglobe” vinyl, with the fourth side an etching of Tubs and Edward trapped forever in a ‘Phantom Zone’ like state.

The Anniversary specials tell the story of Benjamin discovering that his late Uncle Harvey is far from dead and buried, Tubbs and Edward setting up shop in a derelict block of flats, Pauline reliving her past with her jobseekers and the continued woes of Geoff Tipps.