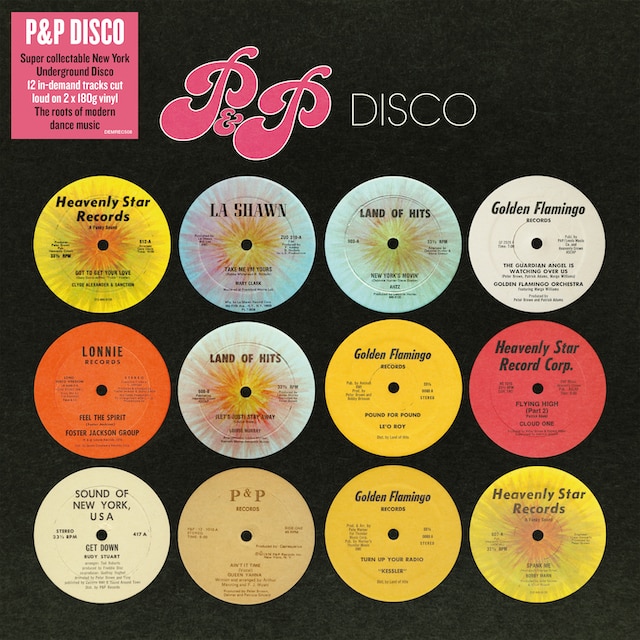 P&P was producer and Harlem hustler Peter Brown’s production company. He created some of the greatest moments in underground African American dance music, across a handful of labels in the 70s and 80s

Due to his independent ethos his releases on imprints such as Heavenly Star, Sound Of New York, La Shawn, P&P and others would often disappear after a single low numbered pressing making them incredible hard to find on original pressing

Tracks such as Mary Clarke’s ‘Take Me I’m Yours’, and the Fosters Jackson Group’s ‘Feel The Spirit’ have been championed by DJs such as Floating Points and Dimitri from Paris. Whilst the sheer rarity of some singles such as Clyde Alexander and Sanction’s ‘Got To Get Your Love’ and Louise Murray’s ‘Let’s Just Stay Away’ would set you back multiple hundreds of pounds to buy on original copies