In Philadelphia + Don’t Knock My Love

In Philadelphia + Don’t Knock My Love 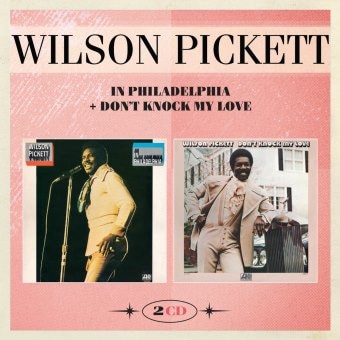 record “In Philadelphia”. The album contained the hit singles “Engine No. 9” and the million-selling “Don’t Let The Green Grass Fool You”.

For “Don’t Knock My Love” (1971), Pickett returned to Muscle Shoals Studios. The title track was his fifth and last R&B # 1 hit, another million-seller, and his cover of Free’s “Fire And Water” reached R&B # 2. The cover of Randy Newman’s “Mama Told Me Not To Come” was his last single on the Atlantic label.

The bonus tracks include some non-album singles sides and recordings from 1971 and 1972 that remained unreleased until a very limited edition box set in 2010. The booklet includes lengthy annotation by acknowledged expert Tony Rounce.