The Isle Of View

The Isle Of View 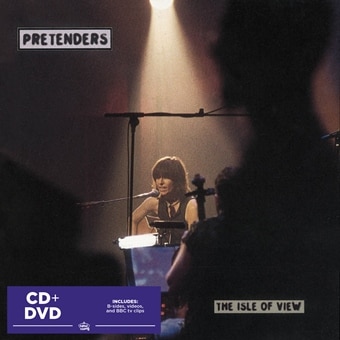 In May 1995, Chrissie Hynde and then-current Pretenders line-up convened with the Duke Quartet at Jacob Street Studios in London to record and film a whole concert of acoustic versions of favourite Pretenders songs, rearranged to feature the string quartet. Special guest Damon Albarn played piano on a special version of “I Go To Sleep”.

The four b-sides feature songs from the same concert recording not on the original CD, including a version of Radiohead’s “Creep”. The DVD features the full eighteen-song tracklisting only previously issued on the US laserdisc edition. The song “Blue Sun” does not appear on any other Pretenders release. The BBC appearances are different performances with the strings on Top Of The Pops and Pebble Mill.