Our Music Is Red With Purple Flashes (Vinyl)

Our Music Is Red With Purple Flashes (Vinyl) 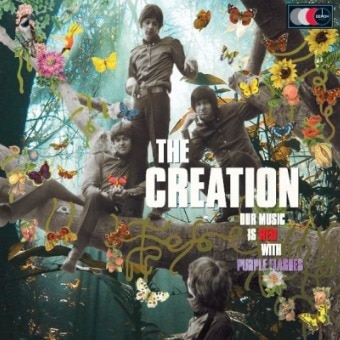 The Creation were the epitome of Art-pop psychedelia. Through a series of singles produced by Shel Talmy (The Who/ The Kinks), they made some of the most distinctive and exciting records of the age. Tight riffs, memorable lyrics and guitar solos played with a violin bow, it is no wonder that the group influenced The Jam, Primal Scream and Creation Records founder Alan McGee amongst a host of others. You can explore their music through this limited edition double LP issue from Demon Records which sees the complete studio recordings of the band cut to two heavyweight LPs for the first time.