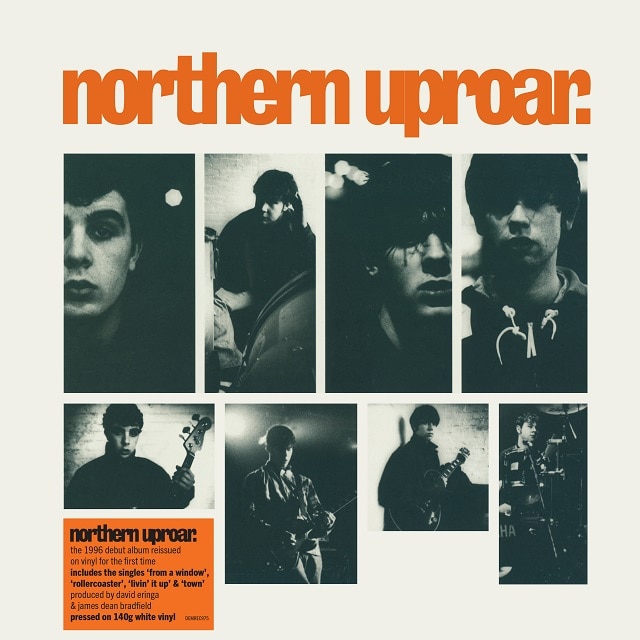 Formed in Stockport in 1995, Northern Uproar were receiving critical acclaim from NME and Melody Maker even before signing their first recording contract.

The group were fronted by vocalist / bassist Leon Maya and known for their blend of Oasis-like cockiness and the punk sensibilities of the Manic Street Preachers. Released on Heavenly in 1996, ‘Northern Uproar’ was the band’s debut album and features the singles ‘Rollercoaster’, ‘From A Window’, ‘Livin’ It Up’. Produced by James Dean Bradfield and Dave Eringa, the album reached #22 in the UK album charts.

Long out of print, Demon Records is proud to present the first vinyl reissue of ‘Northern Uproar’, pressed on 140g clear vinyl.