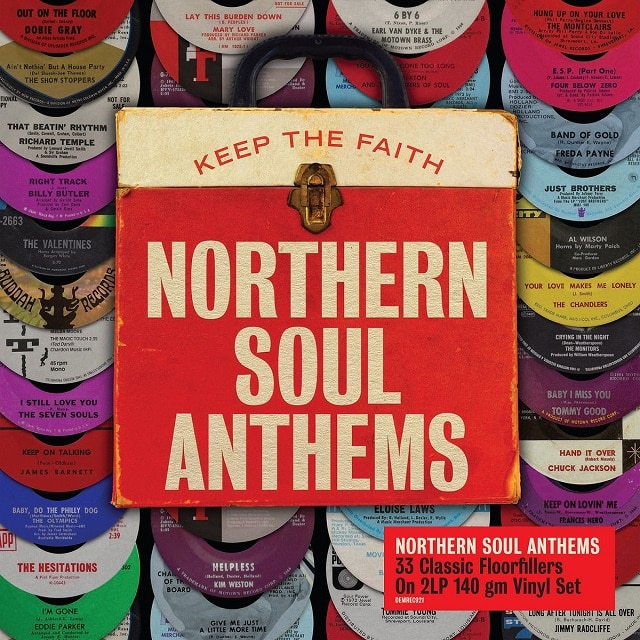 Demon Music is proud to bring together a selection of popular and exciting classic Northern Soul Anthems on a new 2LP thirty-three track collection. These are the original recordings by some familiar names and one or two that may have passed you by.

As the Sixties came to a close and the initial success of labels like Atlantic and Motown began to wane, there remained a dedicated fanbase of Soul devotees who would rather be out on the floor than wearing flowers in their hair. They continued to seek out new and previously overlooked releases, many on small labels that had never enjoyed chart success, making surprise hits of a few in the process.

Northern Soul could easily have passed into music history as a fad, something on the fringes of mainstream popular music; instead its  popularity has remained and even grown. It is no longer the preserve of venues in the north of England (who had always attracted coachloads of devotees from across the nation), with Soul clubs opening in Europe, Asia, Australia and even – in perhaps the ultimate example of “coals to Newcastle” – America

Every few years Northern Soul enjoys a resurgence in popularity and welcomes a new generation of younger fans, keepers of the faith. This collection is for those with a passing interest and fans both old and new – music fashions may change but the quality, the infectious excitement and the urge to get up and dance has endured in these fantastic records.