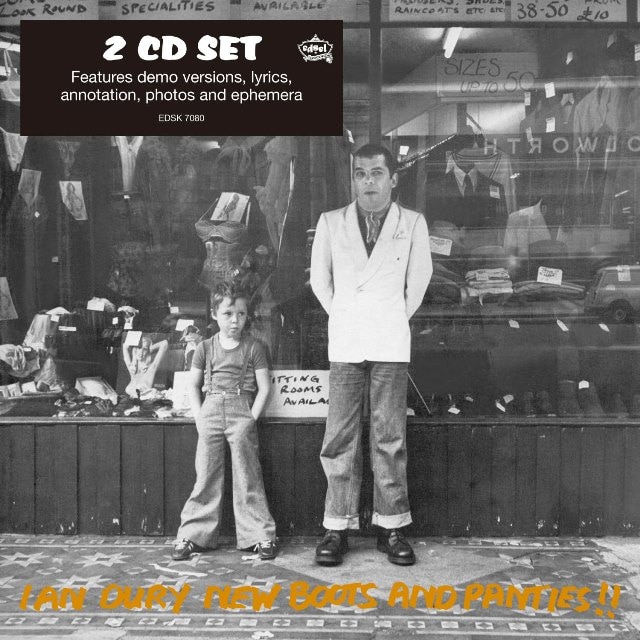 “New Boots And Panties!!” remains an iconic album 37+ years after its release. Always featured in Best Albums lists, uniquely every single track is well-known in its own right. The bonus tracks include “Sex & Drugs & Rock & Roll”, whilst the entirety of the Bonus Disc was unissued at the time of recording, and remained so until 2004. The seventeen tracks feature four songs that were never issued at all, as well as work-in-progress versions of nearly every song on the original album (“Wake Up…” has completely different lyrics) and “Sex & Drugs..”, and versions of a songs that eventually appeared on future releases. This casebound book edition features full annotation by acknowledged expert Will Birch, all the lyrics, and Dury ephemera.