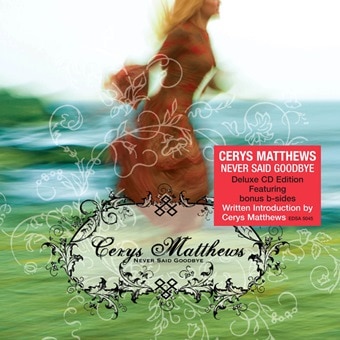 “Never Said Goodbye” is the second solo album recorded by Cerys Matthews in 2006, in Nashville, her adopted home for a number of years at that time. Up until 2000, Cerys had fronted the band Catatonia and enjoyed years of chart success, selling over 3 million records. Her debut album “Cockahoop” (2003) had explored her love of roots, folk and Americana music.

“Never Said Goodbye” saw Cerys assemble a new band of Nashville players and deliver an ambitious album of intricate arrangements, more pop-rock, but a rich mix of sounds that stands the test of time. Two songs were co-written with Gruff Rhys from Super Furry Animals.

This deluxe edition re-issue has the additional inclusion of the non-album b-sides (including a cover of David Bowie’s “Soul Love”), and a personal introduction written by Cerys Matthews.