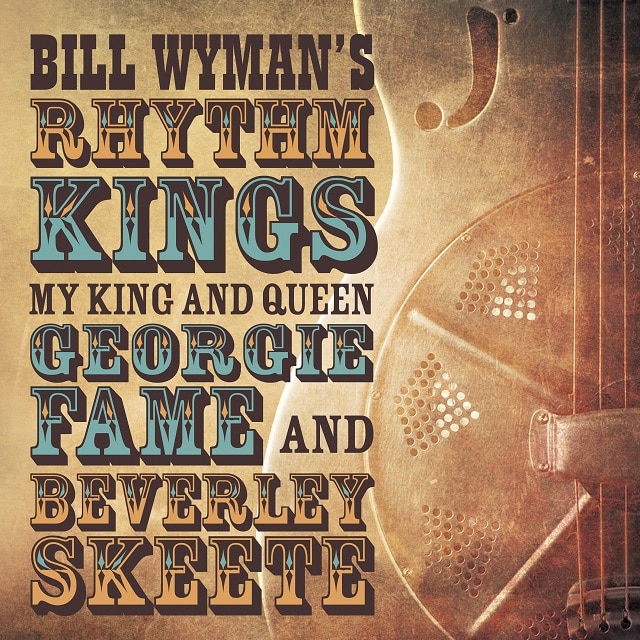 This Amazon Exclusive Edition will contain a print signed by Bill Wyman himself and limited to 500 copies!

This four LP box set features some of the best studio recordings by Bill Wyman’s Rhythm Kings, the ten-piece band that Bill put together after leaving the Rolling Stones in 1992. Whilst the band features guest appearances by all-star musicians (including Mick Taylor, Eric Clapton, Chris Rea, George Harrison, Gary Brooker and Peter Frampton on these recordings), it has an allstar core line-up that features Georgie Fame, Beverley Skeete, Albert Lee, Terry Taylor and Bill Wyman himself of course.

For this compilation, Bill Wyman has chosen forty three tracks that showcase the fantastic lead vocals of both Beverley Skeete, perhaps the UK’s busiest session singer, and Georgie Fame, a star (and legend) in his own right since 1964 of course.

Each singer has two LPs: Georgie’s features his renditions of songs by the likes of J.J. Cale, Mose Allison, Dan Hicks, and Bill Wyman & Terry Taylor, while Beverley’s features her take on songs by Nellie Lutcher, Screamin’ Jay Hawkins, J.B. Lenoir and The Rascals.

This box set marks the first appearance of any Rhythm Kings recordings on vinyl. The four LPs are housed in an attractive rigid outer slipcase and the inner sleeves feature all the musician credits.