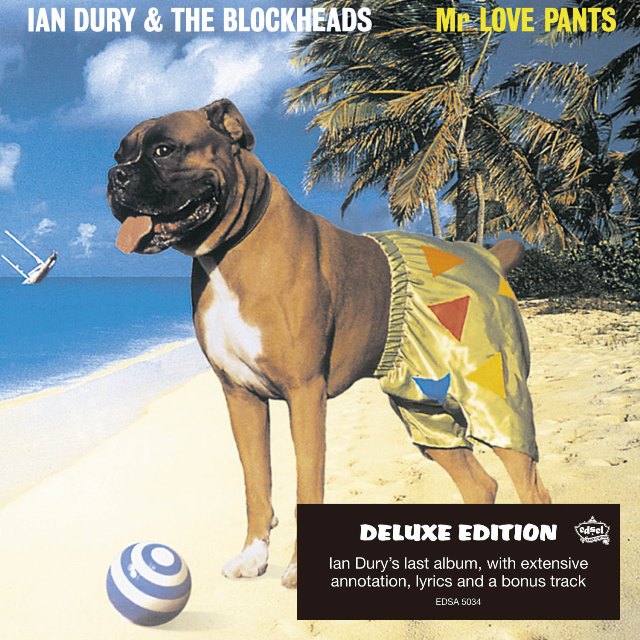 Issued in 1998, “Mr Love Pants” reunited Dury with The Blockheads for their last recordings together. With a host of new songs and a different version of “Itinerant Child”, the album returned the band to the charts, and concerts that continued until Dury’s death in March 2000. This casebound book edition features all the elements of Storm Thorgerson’s original design, all the lyrics, brand new notes by Alan Robinson (who worked on the album’s promotion in 1998), and a bonus track of a special remix of “Mash It Up Harry”.