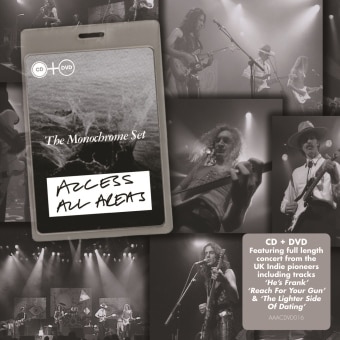 The Monochrome Set, fronted by Indian-born singer and songwriter Bid, were one of the leading indie bands of the late Seventies/early Eighties. Emerging for the same Hornsey School of Art scene as Adam Ant, they have influenced bands as diverse as the Smiths and Franz Ferdinand. Their concert at the Central TV studios, screened in March 1991, marked a comeback, inspired by their popularity in Japan where they attained genuine pop-idol status.

Songs played include the classic ‘He’s Frank’, since covered by Iggy Pop and Norman Cook for the TV series Heroes, ‘Reach For Your Gun’, ‘Fun For All The Family’ and ‘The Lighter Side Of Dating’ from 1980’s debut long-player, ‘Strange Boutique’ plus selections from their Japanese chart album ‘Dante’s Casino’. The Monochrome Set are still touring and releasing material on a German label, Tapete Records, and iconic guitarist Lester Square (featured here) contributed to the recording of a new album scheduled for 2015 release.