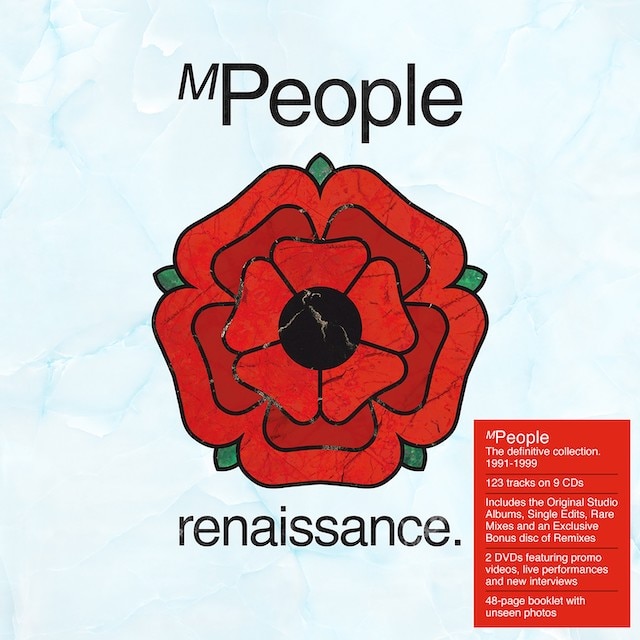 The 9CD + 2 DVDs is a career spanning boxset featuring:

All four original studio albums remastered
Each album expanded with single edits and rare remixes on an accompanying CD
Double discs presented in a gatefold sleeve with original artwork
Exclusive bonus disc of remixes by Frankie Knuckles and David Morales
DVD 1 featuring all the bands iconic promo videos and a new interview
DVD 2 includes energised live performances (some previously unreleased) from 1993, 1994 and 1996, in their hometown of Manchester
48 page colour booklet with images of the early-line up through to later years and never before published images

The band accumulated a staggering 20 top 40 singles including ‘Moving On Up’, ‘One Night In Heaven’, ‘Sight For Sore Eyes’, ‘Search For A Hero’, ‘Just For You’, ‘Renaissance’ and ‘Natural Thing’. Winning the 1994 Mercury Music prize for Elegant Slumming was seen as a key event in the history of dance music. This boxset showcases all the albums from Northern Soul, Elegant Slumming, Bizarre Fruit, and Fresco. Each album includes bonus tracks and is accompanied by a second disc with single edits and remixes.