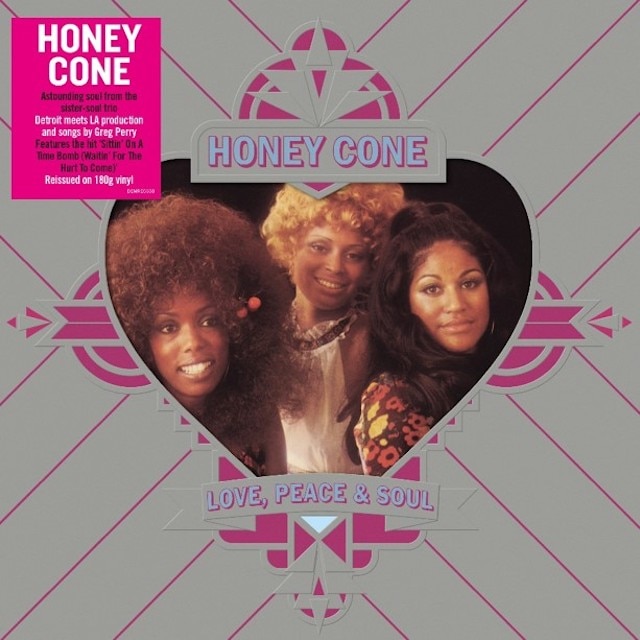 The Honey Cone (Carolyn Willis, Edna Wright and Shellie Clark) charted nine R&B hits, including two number 1s, ‘Stick Up’ and ‘Want Ads’, the latter of which also reached number 1 on the US pop charts

This is their 1972 album released on Hotwax / Invictus Records. Their fourth studio album that is seen as a hidden classic with stand out tracks ‘Who’s Lovin’ You’, ‘Stay In My Corner’, ‘Ace In The Hole’ and the much sampled ‘Innocent ‘Til Proven Guilty’