Mental As Anything: Live It Up – The Collection

Mental As Anything: Live It Up – The Collection 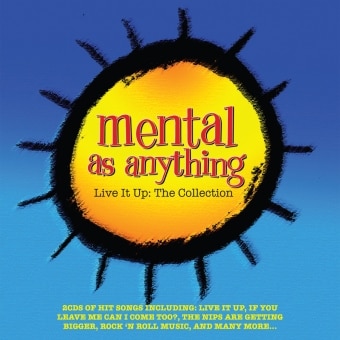 Mental As Anything are an Australian New Wave/Pop rock band who formed at the art school they attended in Sydney. They are a typically good-time pop-rock outfit who’s music often displays an ironic, satirical and self-deprecating sense of humour. They shot to domestic fame with hits such as The Nips Are Getting Bigger and If You Leave Me, Can I Come To? But their big international breakthrough came with the hit single Live It Up, which was Top 10 in the UK, Ireland, Germany and Norway.

This 2CD collection contains over 30 of their biggest hits all compiled by front man Greedy Smith.

Contains rare early songs from the Plays At Your Party EP, which have never been on CD before.