Live 1977 And In Conversation

Live 1977 And In Conversation 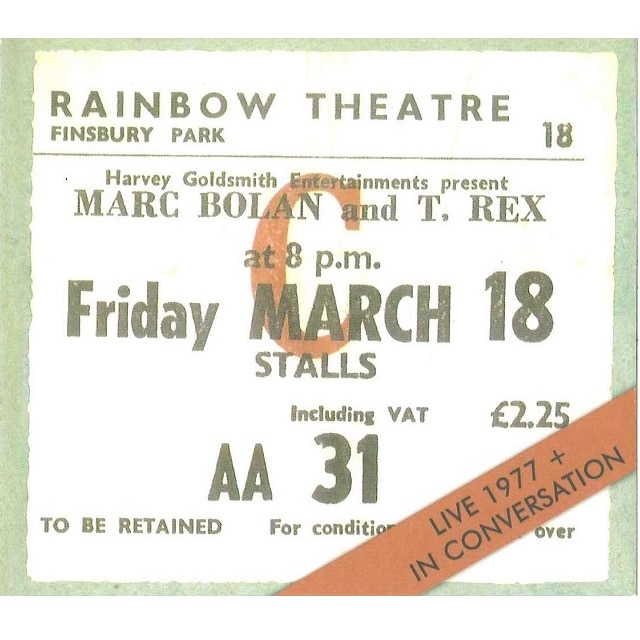 Disc 1 of this 2 CD set contains performances from two fantastic shows recorded during T. Rex’s very last tour in 1977: The Rainbow on 18th March, and The Portsmouth Locarno on 20th March – Marc Bolan’s last ever concert in the UK. The Damned were the support band on the tour, and they join Bolan for the 11 minute encore of “Get It On”.

Disc 2 contains a previously unreleased half hour interview conducted by Steve Wright with Marc and Gloria Jones on Reading’s Radio 210, featuring several acoustic performances unheard since the original broadcast. This release has been made possible by the discovery of a fan’s reel-to-reel tape of the interview.