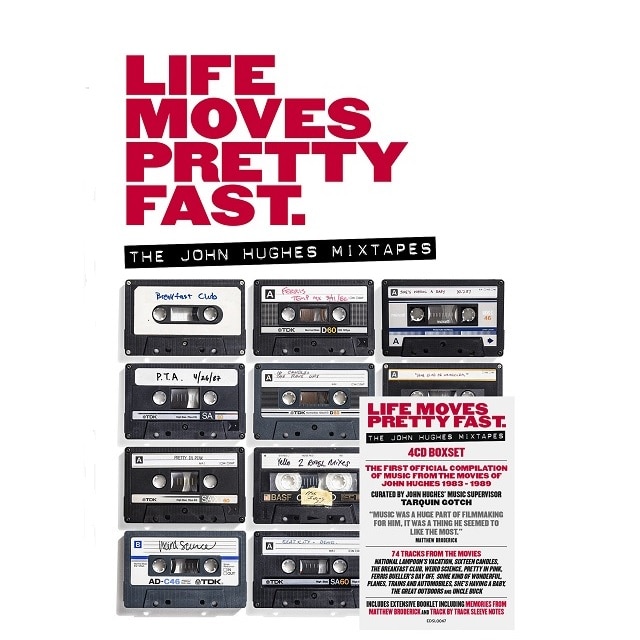 Demon Music group in conjunction with the Hughes family are proud to present the first official compilation of music from the movies of legendary filmmaker John Hughes, covering the classic eighties period  1983 – 1989.

For anyone growing up in the 1980s, the films of John Hughes are some of the most iconic of the decade and have created a lasting cultural impact still felt and referenced across TV, film and music. As well as the characters and stories created in these iconic movies, what made John Hughes’ movies different from the rest was the symbiotic relationship between scene and music. Whether Cameron Frye staring at the painting in Ferris Bueller’s Day Off set to The Dream Academy’s “Please, Please, Please Let Me Get What I Want (Instrumental)”, Duckie and Andie from Pretty In Pink at prom set to Orchestral Manoeuvres In The Dark’s “If You Leave”, or even Neal and Del’s classic “Those aren’t pillows” scene from Planes, Trains and Automobiles set to Emmylou Harris’ “Back In Baby’s Arms”.

“Music was a huge part of filmmaking for him, it was a thing he seemed to like the most.” Matthew Broderick

“Back when we were working on these movie soundtracks, the best way to send music around the world was the cassette, by Fedex.  We sent John cassettes of newly released music, of demos, of just finished mixes (and in return he would send VHS videos of the scenes that needed music).” Tarquin Gotch

The films of John Hughes spawned many classic tracks, some licensed for the films, some commission specifically, and many going on to become huge international hits from acts such as Simple Minds, Kate Bush, Furniture, Yello,  and The Psychedelic Furs.

“It serves as a reminder not just to the musicians he championed in the 1980s, but to how intensely his search for music expanded beyond this era. Until his final days, he was still collecting outrageous amounts of music from around the world, galaxies removed from the New Romantic and new wave sounds that, to many, still define him.” James Hughes

“John said he only made movies so he could choose what music to put in them, so as his success at the Box Office grew, and thus his power with the studios, the number of tracks in his films, by up and coming UK bands, steadily grew.” Tarquin Gotch