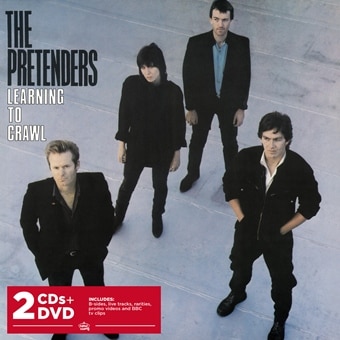 Tragedy struck the band in 1982 with the loss of two members to drug overdoses. Chrissie Hynde and drummer Martin Chambers carried on with assistance from Rockpile guitarist Bill Bremner before recruiting Robbie McIntosh and bassist Malcolm Foster.

Issued in January 1984, third album “Learning To Crawl” was preceded by hit singles “Back On The Chain Gang” and “2000 Miles”, and also contained the cover of The Persuaders’ “Thin Line Between Love And Hate”.

The ten bonus tracks include b-sides, live tracks and demos, while the DVD features five promo videos, along with two BBC TV appearances from Breakfast Time and Top Of The Pops. The booklet in this digipak edition features all the lyrics for the first time, the singles sleeves and photos.