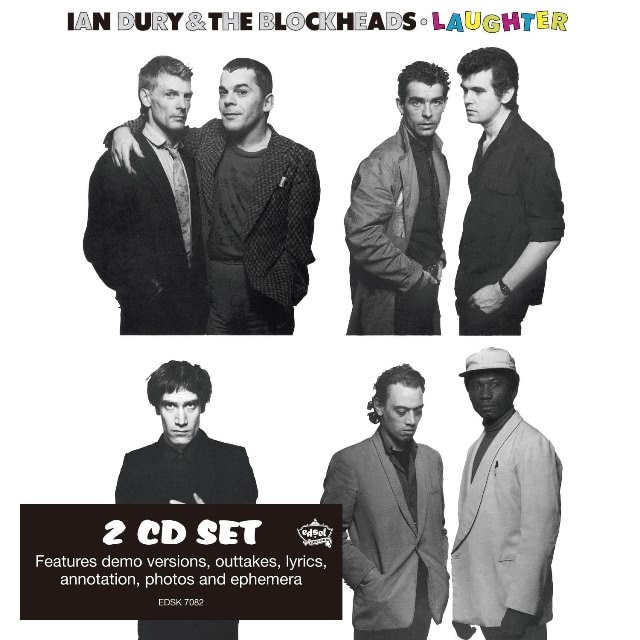 “Laughter”, issued in December 1980, was Dury’s third album for Stiff Records, and the only one to feature Dr. Feelgood’s original guitarist, the remarkable Wilko Johnson who co-wrote the hit single “Sueperman’s Big Sister”. This 2 CD casebound book edition includes the three non-album singles sides (including the hit “I Want To Be Straight”). The bonus disc features sixteen tracks unissued until 2004, starting with three excellent outtakes from the album sessions, including a full-blown version of the legendary “Duff ‘Em And Do ‘Em Over”, along with the Blockheads’ demos for the album, including many unused song ideas. The bonus disc closes with Wilko Johnson’s trademark guitar on a demo of “Duff ‘Em Up”, and a superb blasting cover of Henry Mancini’s “Peter Gunn”. The book features full annotation by acknowledged expert Will Birch, all the lyrics, and Dury ephemera.